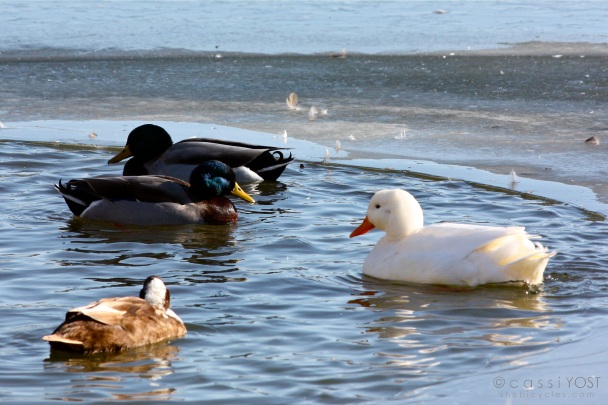 We’ve began the year with a bang.  Basically everyone got sick right after Christmas.  Annoying sinus/respiratory infection.  No riding.  Not much of anything besides lying around, sipping tea, watching movies.  Think we’re nearly all on the rebound – except for Mark, who was late to the party and is still trying to recover.

Not exactly sure why school is out ...?

The weather (happily, imo) has been very “wintery” and cold for the past week.  Not quite single digits at night, but pretty close.  The pond is frozen, the birds have mobbed the feeders.  I get to wear my winter clothes – hurrah!

Today, with a chance of possibly less than an inch of snow in the forecast, the schools dismissed kids early.  It looks like tomorrow may bring cancellation of classes altogether – we’ll see.  Have to say I never understand the reasoning behind their decision-making.  Weather radar says it doesn’t look like this storm will amount to much of anything, the roads are perfectly clear.  Just stupid.

Mason and I had a nice, but brief, road ride this week.  He had turned down my offer of warmer lobster mitts before we left … and I think he came to regret it.  His hands and feet were cold, so we cut things short.  He did get to visit with a few of his friends along the way, though. (LOL). 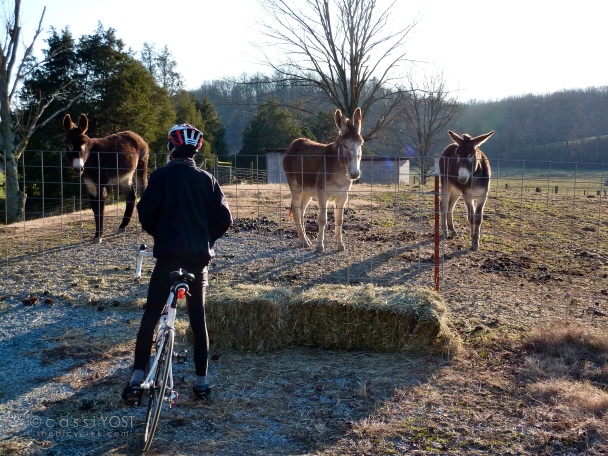 I’ve made my round of errand-riding this week, and have gotten a few stares of incredulity.  Apparently it’s acceptable to see teens running around in 20’F temps in athletic shorts, flip-flops and hoodies, but if you decide to ride a bike around town, the same people call you crazy.  (I will never understand the Ways of The South).  I wish I could show them some of the people riding around in CO, MN, and other places – with several feet of snow on the ground. If you want to see a beastly cold-weather rider, check out this gal (via Twitter). 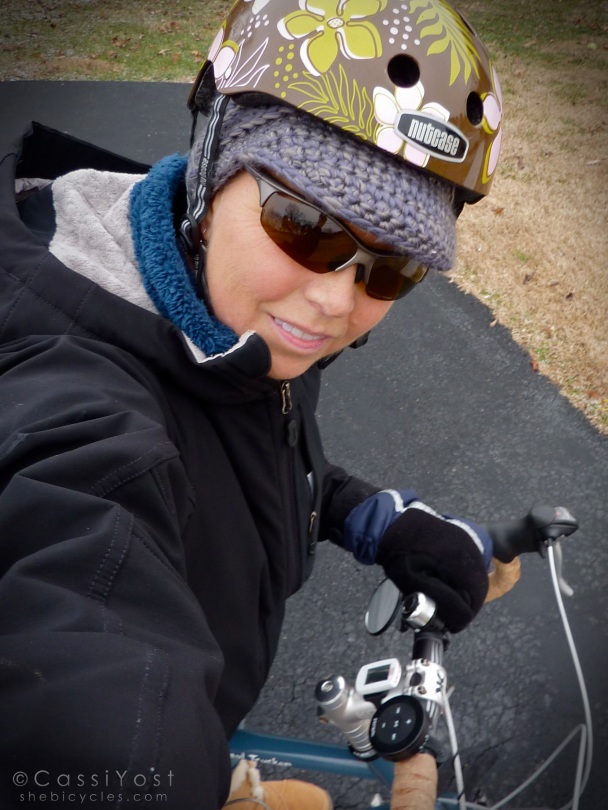