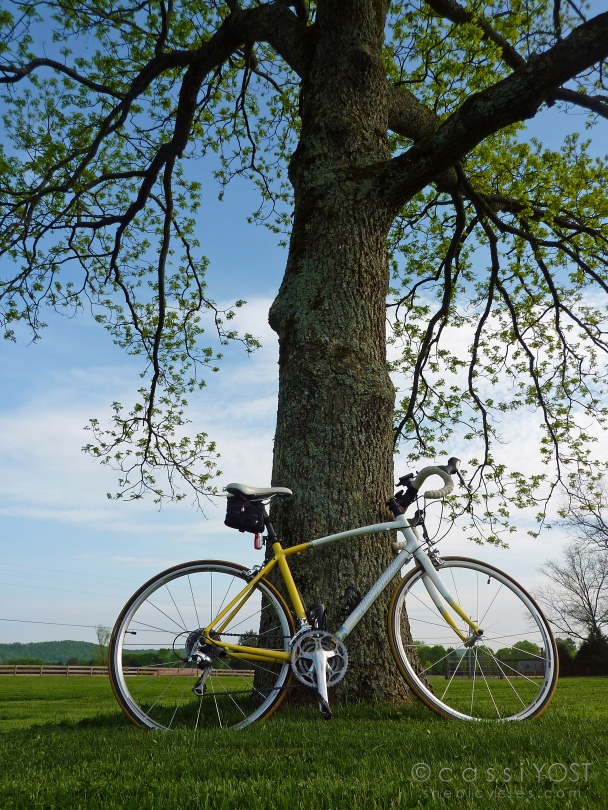 A long and very multi-faceted day.  Grant left before 7am to attend the annual two-day HS tennis tournament at the Champions Club in Chattanooga.  Mark and I spent most of the morning dropping off garbage; literally.  Today was Household Hazardous Waste day, and we had a small pile of old paint, batteries, and miscellaneous “hazardous materials” to dispose of.  Quite a line of people waiting to go through the drop (a good thing).  We also made a stop at the landfill to drop off some recycling and a few other things.  Sorry to say, it was too much of a load to attempt by bike.

Mark was kind enough to let me sneak in a quick ride “around the block” while he finished up some yard work (that I should have been helping with).  “Around the block” is basically the shortest loop I can make out of our house, and a nice little ride.  A couple good hills, lots of woods.  And also the requisite cows, a few mules, a few sheep, and a little white pony. 😉  Not much in the way of distance, but I simply had to stay faithful to the #30daysofriding.

We wanted to see Grant play, so we headed to the Champions Club just in time to see a great match – close, some wonderful volleys, but ultimately a loss.  He played 6 matches over the course of two days, a few wins, a few losses.  But one really great singles win – coming from behind to win in a tie-breaker.

Came home briefly to clean up and get ready for Round 2: the boys’ band, The Night Shines, were playing a concert at the Warehouse in East Ridge. I think Grant must have been pretty exhausted after 2 days of tennis, but it didn’t stop him.   They sound better and better each time, and I think they’re ready to be some serious contenders in next weekend’s Battle of the Bands.

It was a very long day … but never any shortage of good entertainment! 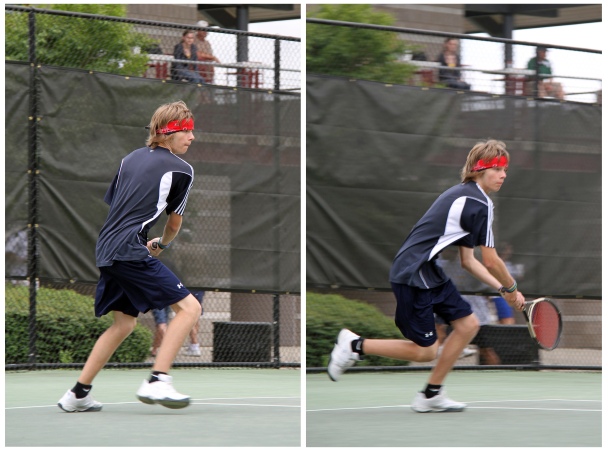 ... and a crazy bass guitarist by night!