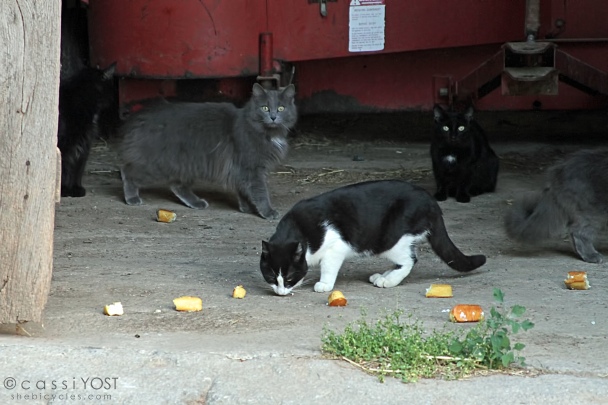 SNL has Laser Cats … and apparently Farmer Beatty has Twinkie Cats.  After a long day of mousing in the barn, nothing like a nice dessert of sugary “goodness”. 😉  Yes, those really are Twinkies.  And yes, the cats were loving every bite.

Riding with Mason today, we passed this big old barn on our way home.  I’ve noticed the population of barn cats here before, but they typically run and hide if I make any move to slow down near them when passing by.  Today, a bunch of them were all sitting inside the barn (which is right on the edge of the road), and I could tell that they were busy eating – and they didn’t seem to attempt their usual get-away when I passed.  We turned around and stopped to take a look.  The owner, Mr. Beatty, was nearby and we stopped to talk.  I’m not sure what possesses him to offer the cats Twinkies, but he’s a sweet old guy and just seems to regard all of the cats as useful animals to have in living in his barn.  No names, didn’t know where half of them arrived from, but apparently pretty good mousers.  The cats seemed to be genuinely enjoying their “treat” … Mason and I just found it rather entertaining (and unbelievable that a cat would want to eat the stuff). 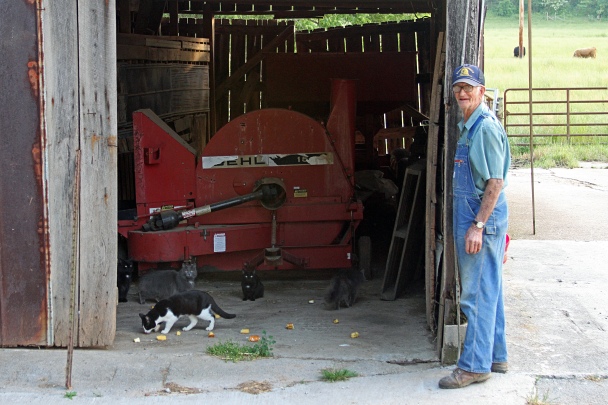 Farmer Beatty and his Twinkie Cats

As I’m sitting here writing, my own cat is climbing around my desk.  Wondering if she is craving a Twinkie? 😉 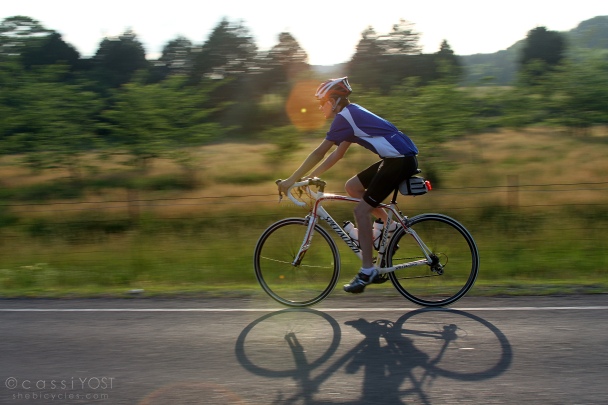 Mason ... riding with his shadow