despite circumstances, he keeps it light and keeps it funny (Grant)

A couple of days of pure crazy … and a good lesson in parenting and the incredible resilience of kids.

On Sunday, when I last rode and posted, Grant had been at home – said his stomach was bothering him.  He didn’t seem to be overly sick, just a bit lethargic, and we assumed he was fighting a bug or had eaten something that hadn’t agreed with him.  After four kids and about 20 years of dealing with childhood illnesses, colds, flu and the like (even though relatively infrequent), it just didn’t feel like any big cause for concern – especially with a 15 year old, who was capable of articulating how he was feeling.

On Monday morning, Mark and Dillon headed down to Georgia for a two-day college orientation session, and I stayed behind – Grant was still feeling sick.  He had a slight fever, but still complained that his stomach was hurting – through the middle, very general, not in any specific spot.  Since his temp wasn’t coming down he had passed the 24-hour mark and didn’t seem to be improving, we finally decided to head to the doctor, just to have him checked out.

After examination and then some bloodwork, the doctor came told us he was admitting us directly to the hospital – all signs indicated a pretty hot appendix, and it needed to be removed as soon as possible.  And so it went … 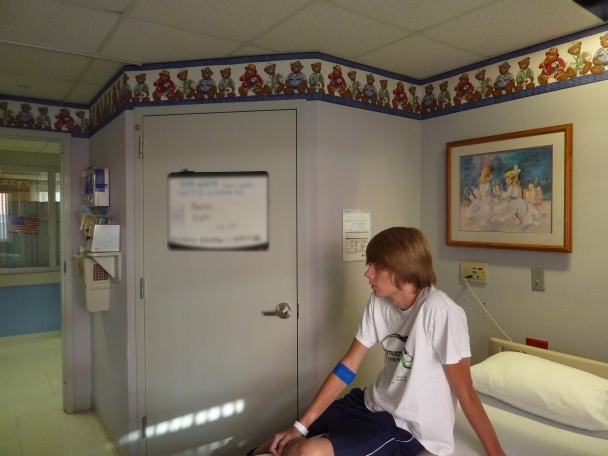 just admitted, his room in the pediatrics wing - complete with bears on the wallpaper (lol)

The surgery went just fine, although the surgeon reported to us later that the appendix had been in pretty bad shape – partially gangrenous, rather nasty, but fortunately no indication of rupture or perforation; we had gotten him in just in time.  In any case, even after cleaning things out well, he wanted to keep a close eye on Grant for any possible infection.  Dosed him up well with antibiotics and then a little waiting game for his temperature to come down, and confirmation of a healthy recovery.

Of course, as a parent, I can’t help feeling a slight sense of guilt, justly or not – the self-questioning, the “why did I wait so long before taking him in?”  I was rather shocked that even though he didn’t outwardly seem to be very sick, inside things were so quickly becoming dangerous, toxic.  And relieved that I hadn’t waited any longer.

Today, back at home, things are going very well.  Youth coupled with the amazing healing ability of the body (and some good medical care).  Mostly, we’ve all been a bit exhausted after the past few days – spent a large part of the day napping, watching Wimbledon, and just feeling grateful.  Took a quick ride up the road in the afternoon, but just couldn’t do any more.

Grateful for all of the friends who sent notes and checked in.  Grateful for today, and health and wellness, home and rest … Looking forward to an even better tomorrow, and back on the bike, back to normal (whatever that is). 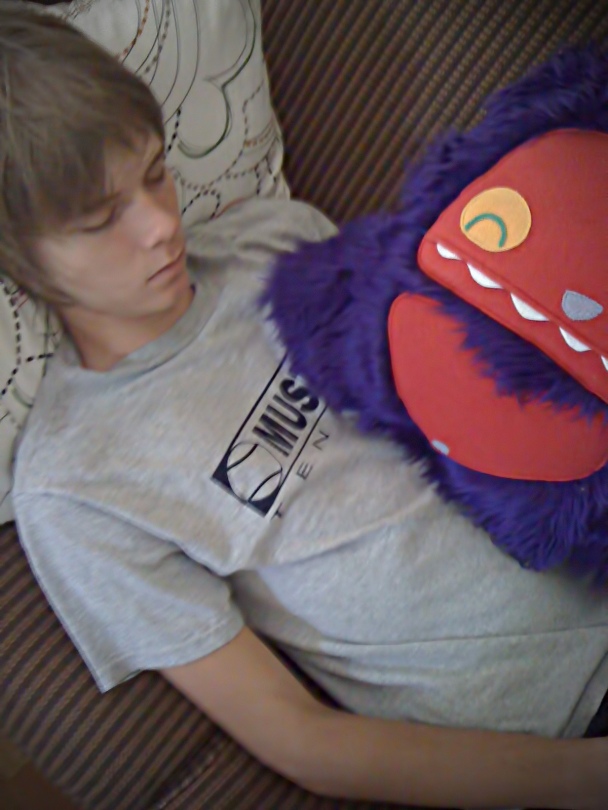