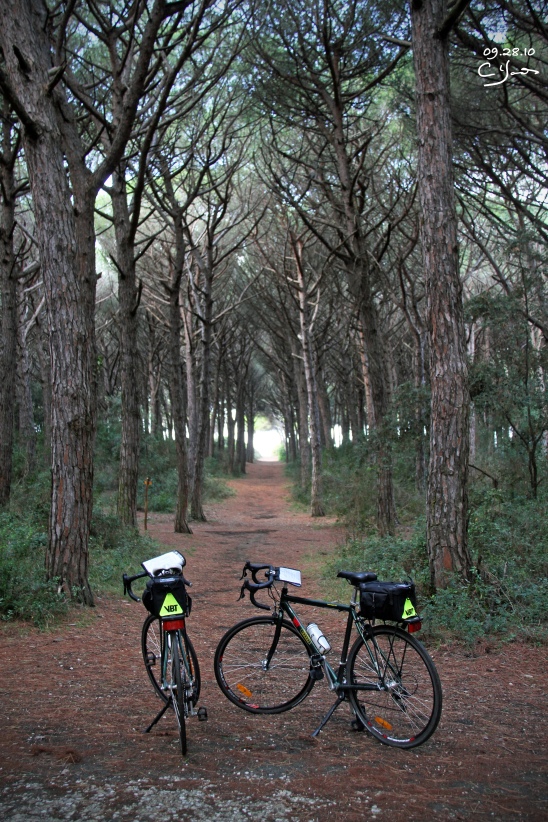 Today would be an easy cycling day … which was probably a good thing, considering that it (ultimately we) would be filled with amazing food and wine.   We would be riding to our next hotel, the Tombolo Talasso Resort in the coastal town of Marina di Castagneto, and on our way, riding up into the hills to visit the tiny and beautiful village of Bolgheri.

We were told that the cycling Olympic gold medalist (2004) and two time World Champion Paolo Bettini is often seen riding these roads, and while I don’t think we ever spotted him, we did see some pretty incredible (and incredibly fast) guys heading up into the hills.

we were told there were over 2500 independent vintners throughout Tuscany

We arrived in Bolgheri late in the morning, allowing us time to walk around the village before enjoying lunch.  Bolgheri had, for a time, been home to one of the most celebrated Italian poets and Nobel laureates (1906, Literature)  Giosuè Carducci.  While we did not find any books of his poetry, the little village offered some of the most famous regional wines, a small market selling pastas, olives and other Tuscan treats, as well as a shop filled with beautiful hand-painted pottery.  We had lunch at a small restaurant in the heart of the village, and the porcini ravioli was to die for.

entering the village of Bolgheri

don’t worry … I didn’t drink all of these

inside the small market; I broke down and bought some pasta

After lunch, we left Bolgheri to continue cycling along the slightly rolling and shady Strada del Vino “Costa degli Estruschi”.  Basically, it is the road of famous “Super Tuscan” vineyards – names like Tenuta San Guido, Ornellaia, Le Macchiole, Michele Satta, Grattamacco, Guado al Tasso, etc.  (I figure if you know your Italian wines, you will like know these names.  I can only plead ignorance; to me, it was all amazing – the cycling part as well as the wine part.)

Mark and I took a little detour into one of the smaller vineyards along the way, and were treated to a tasting and picked up a wonderful vino rosso for later.  Apparently, it was the height of the last grape harvest of the season – the Cabernets were ready.  There were people gathering grapes in nearly every vineyard we passed, and at the Chiappini vineyard where we stopped, we got to see them loading the grapes into a big de-stemming contraption by the crateful. 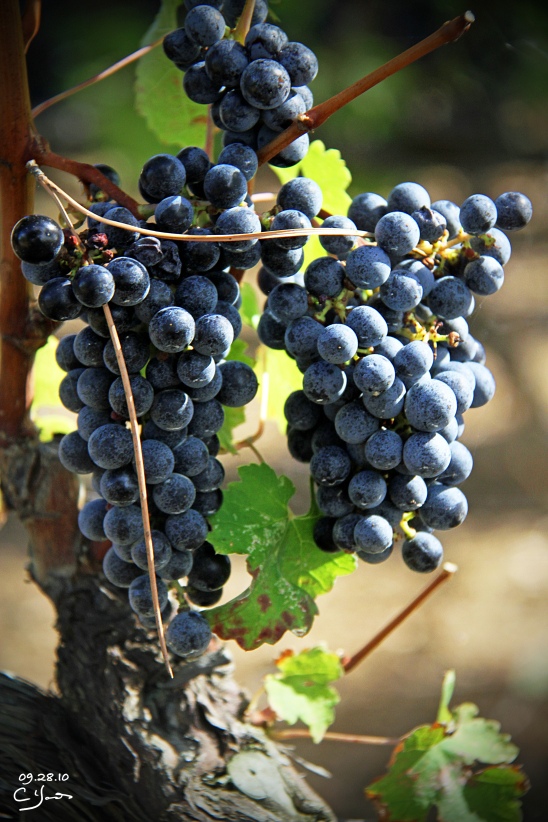 he actually didn’t have to ditch his rain gear… 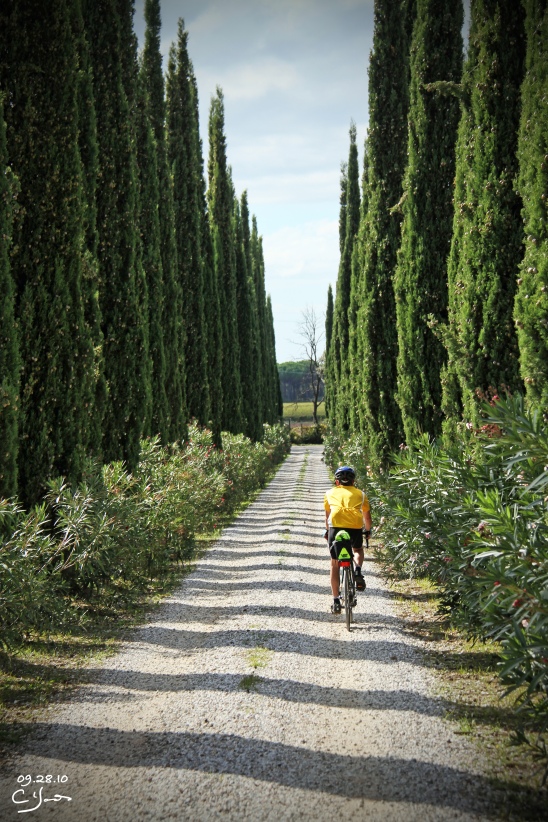 We continued riding to our destination of the coastal town of Marini di Castagneto and our hotel.  The Tombolo Talasso Resort was modern and very lovely, but I think we both preferred the more relaxed and simple atmosphere of the small rural agrihotels, like Elizabetta.  But we had some time to relax and take a walk along the coast before heading off to one of the highlights of our trip – a visit to a local home where we would participate in preparing our dinner.

The best way to appreciate the Italian food, is by cooking and eating it … Cook with simplicity, with good and local ingredients, and mostly with the heart!

So, here we were – in Chicca’s kitchen. A charming and vivacious young Napolitan woman, and an accomplished cyclist in her own right, she invited us into her home and her kitchen to teach us some of the recipes that had been passed down through her family.  It was remarkable.  We gathered around her kitchen island, chopping parsley, crushing garlic, learning the stories behind her recipes – from pasta to baked fennel to semolina gnocchi.  It was divine.  And dinner was even better.  Thank you, Chicca! 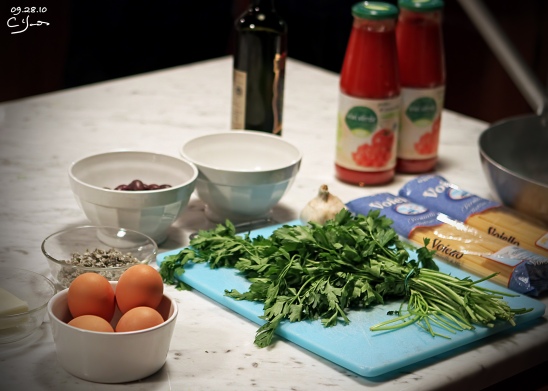 preparing the Prostitutes Spaghetti ... don't ask me for the story behind this one

a perfect day of cycling, and a spectacular home-cooked dinner - could you ask for anything else?