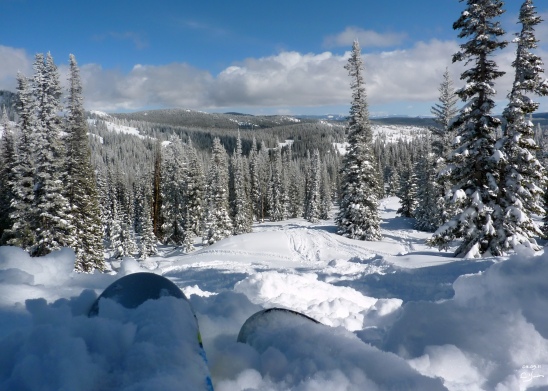 there is nothing... NOTHING... better than this - sun, fresh snow, high mountains, my skis and first tracks though the trees

To the people who have known me best over the course of my life, they know with little doubt where my first love lies – on the snow, on skis, in the mountains.  As much as I am passionate about cycling, and as much as it has become such a big part of my life, there is nothing I love more than being on skis on a cold sunny day on top of a big mountain.  Nothing.  Period.  (Apologies to my beloved bicycles.)

A little background  … my father decided put me on skis when I was a pre-schooler, and I still have fond memories of first lessons in the mountains of Colorado and New Mexico before I was even able to read.  My dad became a National Ski Patrolman in the midwest where I grew up, which enabled us to ski virtually every day during winter.   I grew up racing and eventually became a ski instructor.   I was fortunate to have had the opportunity to ski in the summer for several years, when I shipped off to summer race-training camps on the high mountain glaciers each June. 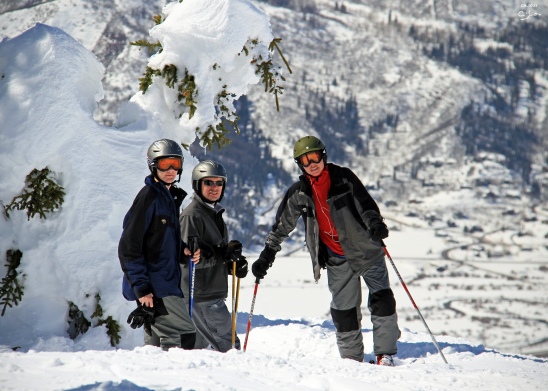 Skiing was a huge part of my life, of my family’s life … and despite ending up living in the snowless Southeast and raising my own family, the passion continues with my own boys, who have become incredible skiers in their own right – learning to ski in North Carolina, and skiing each year in the Rockies.   They have become skilled enough to ski everything on the mountain – from the trees to the double-black diamond chutes. 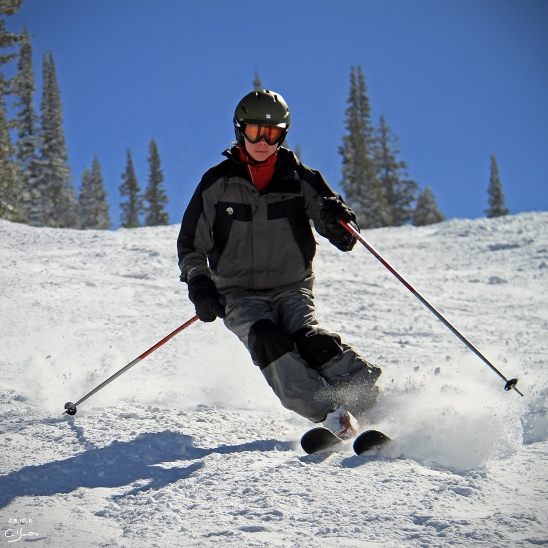 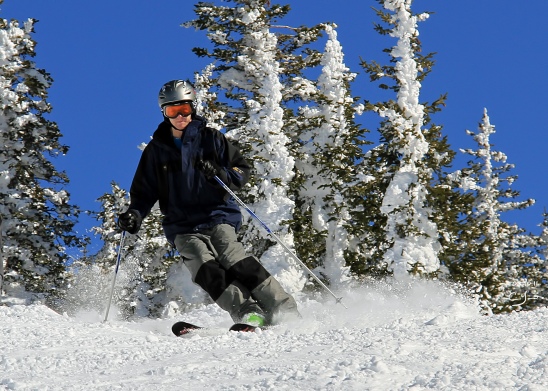 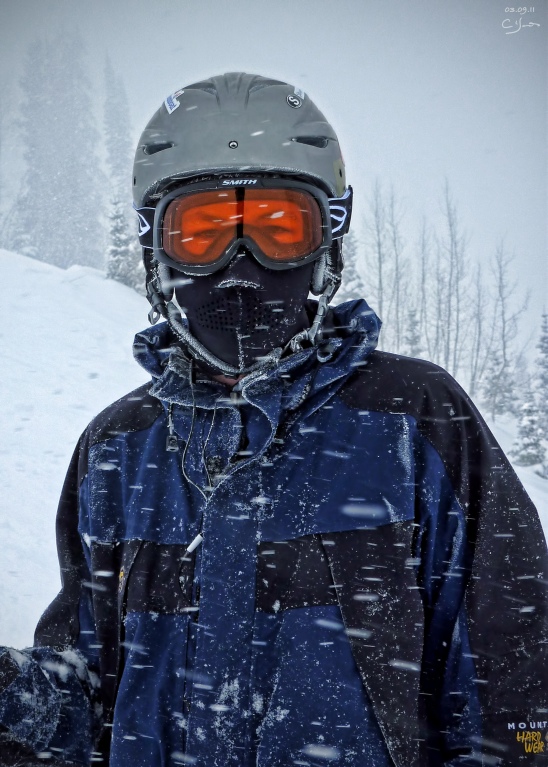 So what does any of this have to do with biking?  Well for me, it appears that this crazy obsession/diversion of the trip to the mountains has managed to derail #330daysofbiking.  Since I managed not to get in a single day of cycling while out West, it appears I will be two days short of meeting my goal by April 1.  Rats.  But I just couldn’t help myself – the lure of the snow and the mountains was just too irresistible to do anything other than ski.  It’s my only excuse.

Despite this “failure” – and it is disappointing, because I was so close – I think it was good to have the interruption for sake of perspective.  Maybe it was good to get off the bike for a few days and revisit another passion with the people I love.

Someday I hope that we will be living in a place where I can set another (silly) goal – one that would look something like #100daysofskiing-and-#300daysofbiking.   Load the ski equipment onto the Xtracycle and pedal to the mountain for a day on the slopes.   (Although I might have to add in a #30daysofcupcakes and #100daysofknitting just to round things out 😉 ).

For now, I have a renewed enthusiasm to be on my bike again, and the quest continues to finish #330daysofbiking one way or another.  Since I can only blame my weakness for snow for the lack of cycling in recent days, I’m leaving a few last pictures from the mountains.  Sigh. 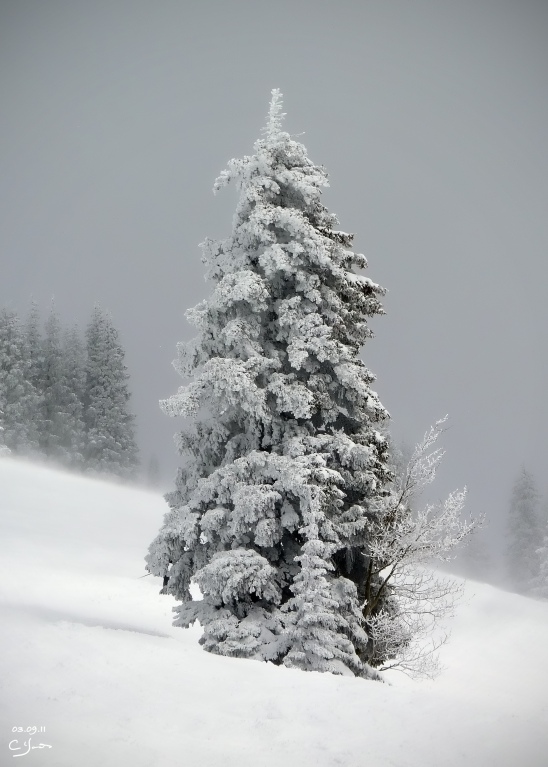 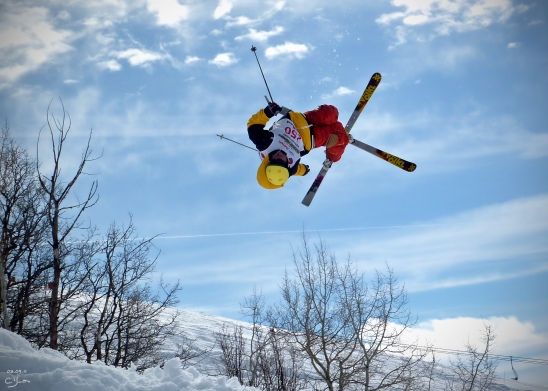 the USSA Junior National Freestyle Championships were being held on the mountain while we were there - these kids were unbelievable; our future Olympians 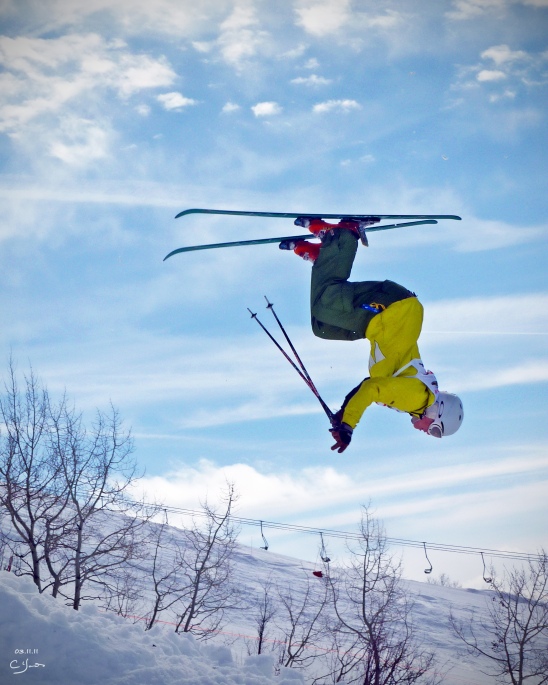 the art of spotting (and not landing on your head) 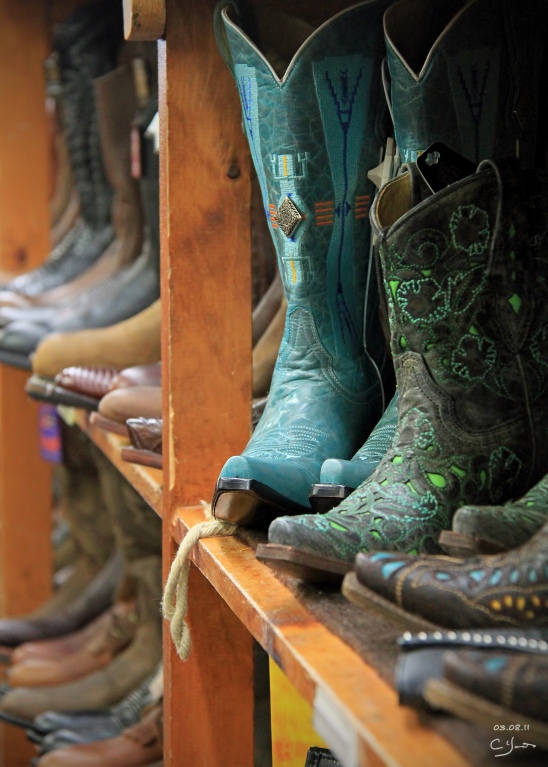 I had to restrain myself from buying a pair ... but I seriously thought these would look SO hot while riding my bike 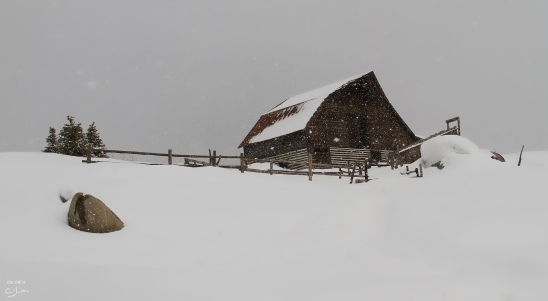 the iconic symbol of Steamboat Springs ... the old barn on a snowy day 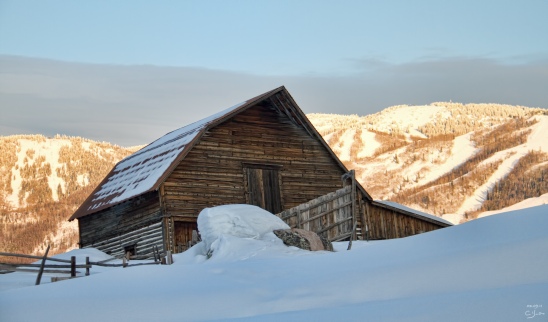 ... and as the sun sets over the mountains