Spent last week in northwestern Pennsylvania, visiting my husband’s family.  We took our bikes, hoping for some nice riding on the rural roads with leaves turning and crisp temperatures.  Sadly, the weather did not want to cooperate.  Gusting winds, rain and temps in the 40’s (F) held little enticement for cycling …

Pennsylvania countryside near the Amish community of Atlantic

My in-laws live in a small community in rural PA; there are lots of Amish and Mennonite families in the area.  It’s an odd feeling to pedal along and approach (or be passed by) a horse and buggy.  Better than being passed by cars any day.

Toward the end of the week when the skies began to clear, we took a ride to the Conneaut Lake Park – an old amusement park that originated in the 1890’s that became a local area attraction in the mid-1900’s.  In it’s steel boom hey-day, it was a big draw to families employed by the railroad, as well as a convenient vacation getaway for people from Pittsburgh.  When my husband was growing up in the area, he and his brother and sister all had summer jobs at the Park.  Sadly, it has become one of those places largely lost to the past … although it still opens in the summer, it is barely able to survive any more.  It was kind of fascinating to walk around the largely deserted grounds, covered in falling leaves. 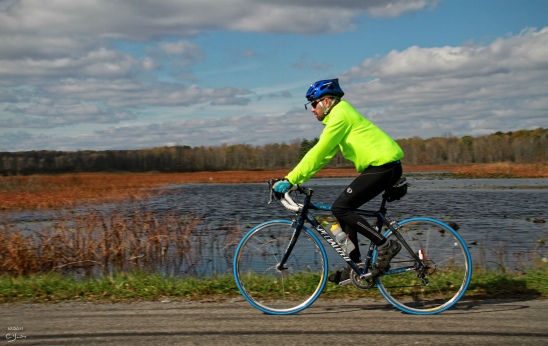 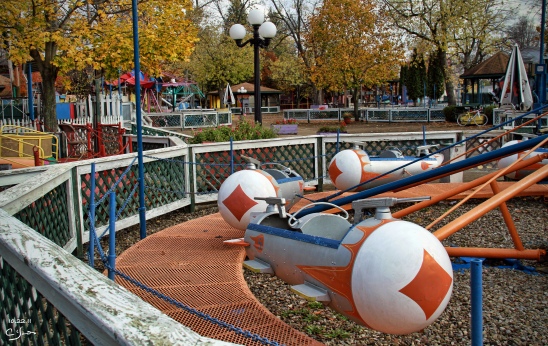 along the boardwalk, Conneaut Lake Park

Even though we didn’t get to ride as much as we had hoped to, it was a good visit.  Nice to see family, good to feel the chill of the North, and great to have a slice (or two) of my mother in-law’s always-amazing pies.  😀

A few of the other pictures ….

my mother in-law and her famous Shoo Fly pie