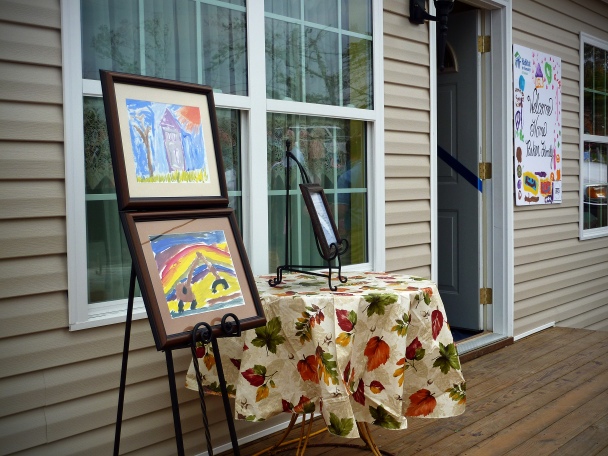 I suppose I should begin with a statement along the lines of, “the views and opinions expressed in this post are mine alone, and do not necessarily represent the views of , well …  anybody else – organization, agency or otherwise”.

Today marks six months since our community was devastated by the April 27th tornados.  I was invited to attend a community gathering to celebrate one family’s perseverance and hard work on their journey to recovery, as they moved into their new home – built on the very site where they had lost everything six months ago.  The rebuilding was a collaborative effort – from the weeks and months of sweat and toil by the homeowners, coupled with help from several local agencies, the long term recovery committee, and the generosity of numerous local contractors and suppliers who provided manpower and materials.  I applaud them all, and I am so happy that this family has been able to rebuild and remain in the place they know as home.    It exemplifies the good that can be accomplished by a community pulling together, and the strength of a family who never gave up hope.

But as the minutes passed, and the state and local political dignitaries arrived, along with their carloads of security detail, the media, etc.,  I couldn’t help feeling a little uncomfortable.  I know it is “the way of things”, but I personally dislike the whole ribbon-cutting-for-political-photo-ops routine, the talking-head political speech-izing for exposure…  the pat-myself-on-the-back “yes, I knew I had to get on the waiting jet to fly home from my duties in the legislature to see what I could do, blah, blah, blah.”  (Yes, one of them really said that.) 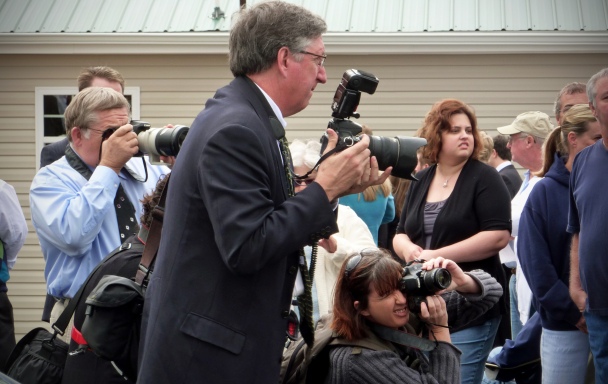 political photo-op field day, all cameras on the politicians as one of the homeowners (red-haired woman in background) stands aside and watches

And as wonderful as it was to see so much rebuilding in this hard-hit neighborhood, there are still many families who are still struggling to recover – houses right across the street that have no roof, people fighting with insurance providers, homes that have been left damaged and even abandoned.  Several neighbors (in less fortunate states of rebuilding) were watching all of the hoopla of politicians and the media from across the street – and I couldn’t help wonder how they were feeling?

still struggling... across the street 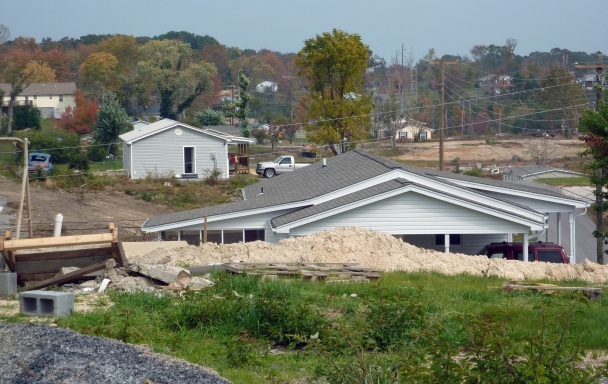 a neighborhood coming back - gradually

I was happy that the homeowner was given the chance to say a few words, but at the end of the day it felt a like political showcase.  And, in my opinion, Mr. Legislator, the press-worthy heros – or at least the ones I would rather celebrate and hear speak on this day – are the first responders, firefighters and emergency response workers (standing quietly in the background today) who were pulling people from the wreckage of their homes in the dark;  the families who ran to help their neighbors and offered them shelter;  the local businessmen who donated tens of thousands of dollars in relief supplies;  the local community agencies and the long term recovery team who continue to work with struggling families.  While I know that politics played a part somewhere in the disaster response equation, it is the reaction, action and perseverance of the local citizens and community that has accomplished the most good. 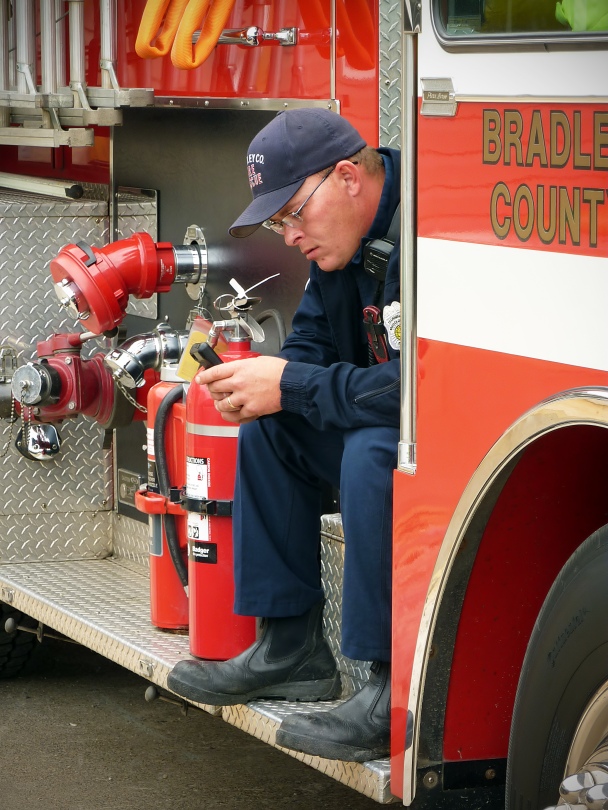 heros ... in the background

the politics of ribbon cutting

I confess I left with mixed feelings.  Happiness for the family returning home, grateful to the countless community heros who are still hard at work, troubled by the sight of neighbors who continue struggling to recover and rebuild – and sadly, some disdain for the politicians who grabbed this opportunity for press coverage.  Just my opinion.

There were some drawings from neighborhood school children that were clipped to a clothesline in the background of all of the ceremonial stuff … and they spoke to me.  I’m not even sure if any of the politicians noticed them?  When the words “hope” and “joy” are clouds above a piece of heavy equipment moving debris, when the sky is streaked with ink black and crimson, when the sun is bright yellow above a family cat that survived the storm – these are the voices of recovery I hear, and the ones I will never forget. 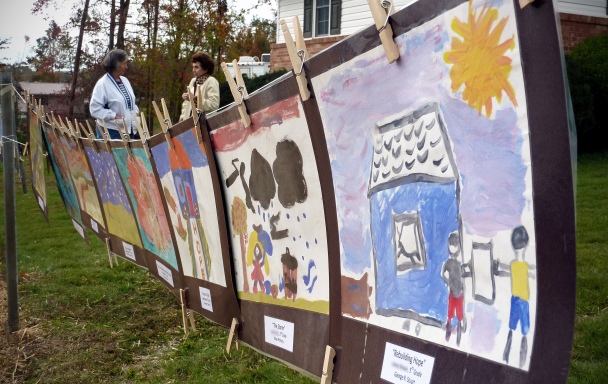