… Which, in my case,  simply stands for the usual: Bikes, Barns, Cows.

(Along with a dose of goldenrod thrown in –  just to make me sneeze.)

Happily back to wandering ways, on the cusp of fall.  Life is divine. 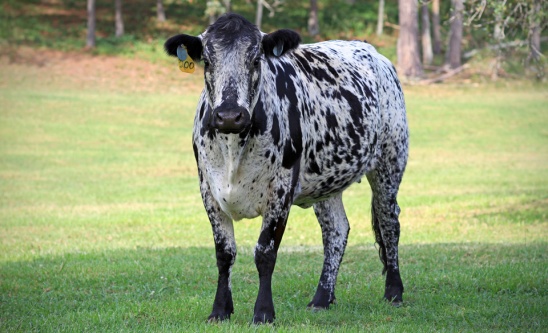 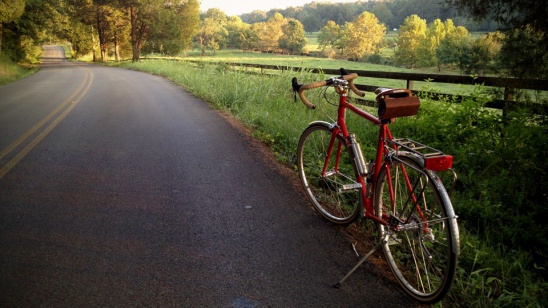 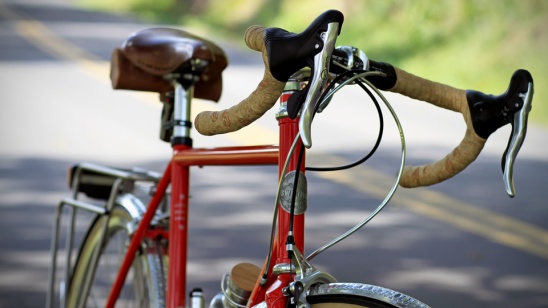 not plain or black and white 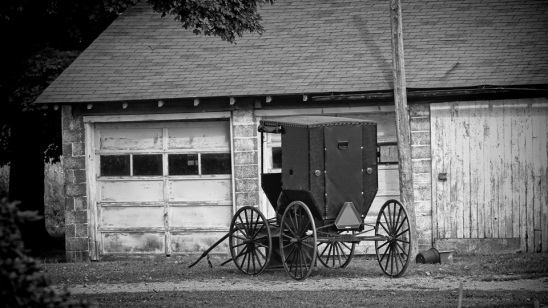 We just returned from spending several days in Pennsylvania, visiting family.  I love riding there – quiet empty roads, rolling hills, Amish farms, horse-drawn buggies sharing the road, and cooler temperatures.  And at the end of the ride, a slice of my mother in-law’s wonderful pie – usually apple or “Shoo-Fly”. 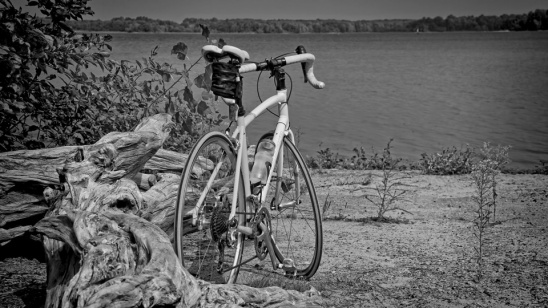 While I promised certain persons I would not go on some blog-based rant, I can’t help but feeling concerned about the explosion of natural gas wells that are mushrooming up across the landscape – including one that  sits in a corner of my in-laws’ property, a beautiful 20-acre wooded and pastured piece of land in NW Pennsylvania where they have lived most of their lives in their circa 1800’s farmhouse.

It feels like a new century Great Gold Rush is taking place.  If you own any property, an enticing lease will come in the mail with the offer of thousands of dollars per acre to lease the land and then provide an additional flow of royalty checks for coming years.

In an area that has seen the loss of industry and jobs over the past several decades, where unemployment is high and new industry is scarce, where the tax base has eroded, where municipal services struggle and schools have been closed and consolidated – players in the gas and oil companies are positioned to move in and bring jobs and an alluring cash infusion to struggling townships and boroughs.

Lucrative gas leases are the talk of the town and everyone seems to want to jump on board and cash in.  Landowner groups have formed to negotiate for the best possible price.  Shell and Chevron, among others, are ready to invest billions in petrochemical facilities.  The local papers are full of stories of not only the Marcellus Shale, but the Utica Shale, the Medina Sands … we’re sitting on a gold mine!

If you’ve spent the last twenty years struggling to make ends meet on your old family homestead, finding a check for tens of thousands of dollars in your mailbox can certainly feel like you just won the lottery. 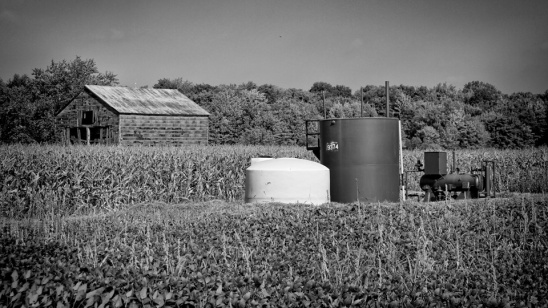 I understand the needs, the draw.  And I support the prospect of clean domestically-sourced energy – if we can come by it safely and sustainably.  But the issues, as always, are not so black and white.  I know that everything comes with a cost … And looking at the construction of the well on my in-law’s land, and wells on nearly every property along their road and beyond,  I ask myself:  at what cost, this?

The immediate and contentious issue  is “fracking”, or hydraulic fracturing – the process of drilling and injecting massive quantities of water combined with a toxic chemical “cocktail” (a proprietary recipe) deep into the ground to fracture the substrate along in order to release the trapped gas.  I won’t bother to  go into detail here, as the controversial issues – especially in regards to the eastern Marcellus Shale fracking – are all over the news and internet.  NPR recently did an excellent multi-part series about the issues at hand, called The Fracking Boom: Missing Anwers.  And of course there is the incredible award-winning documentary by Josh Fox called Gasland.

While I didn’t experiment and see if my inlaws’ water could be ignited and burst into flame coming out of their tap, I do know that their experience has not been without issues.  Recently, for instance, while they were out of town for several days, it was discovered that one of the pipes or fittings at the well had corroded to the point of failure, and that gas (and methane and probably heavy metals and proprietary chemicals) had been spewing into the air for an unknown amount of time.  My father-inlaw complained that “they must have used some really cheap pipe”.  I was thinking: you have no idea how corrosive the stuff coming out of that pipe really is –  (and you are probably breathing it, and possibly drinking it).

It bothers me – the possible (probable?) risks, borne from contaminated water and or air.  Multiply this by thousands – tens of thousands –  of virtually unmonitored well sites across huge swaths of land and cracked open beneath public water sources for millions, the unknown cumulative effect of widespread fracturing of the grounds below…  what will the cost be to public health and to the environment?

Extensive research on the effects has yet to be completed, the fracking cocktail recipes remain undisclosed to the public, and the big oil and gas players are moving as fast as they can with fists full of cash before time runs out and they face more stringent regulation.  Play now, pay later.  Only you know who will ultimately have to pay…

On the farms belonging to the Plain People, the Amish, I didn’t see a single gas well.  I saw their vegetable gardens, their windmills, their cabinet-making workshops.  We rode our bikes, they passed by us in their buggies.  I contemplate our progress.  And I don’t drink the water from my in-laws’ faucet. 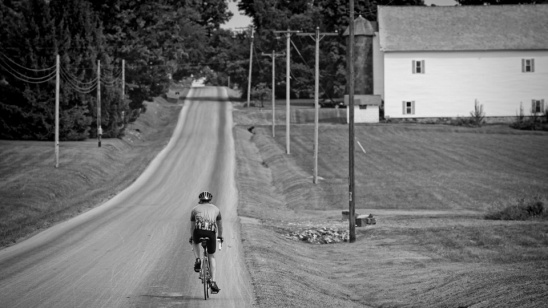